The One Soldier Series has officially been signed over to Post Hill Press!

Be on the lookout for more information regarding this acquisition in 2015.

The below titles are all included in Kindle Unlimited and may be borrowed for free via the program. Titles are listed in order of release, starting with the oldest or first in series.

As a note: Titles may be borrowed and later purchased, but never purchased and then borrowed. If you are ever uncertain about a title, I would suggest you borrow it first, and then purchase it if you enjoyed it.

Many readers have asked for a company or website to sponsor soldiers. The one I personally use is www.adoptaussoldier.org.

Special Note: Please do not contact any soldier with, or in hopes of, a romantic proposition. These men and women are not seeking a spouse; they are seeking support.

It started with one letter.

Kellie Patrick sent one letter into the Middle East, to any soldier. Sergeant Daniel Rodriguez was the one who received it.

Three years and eighty-six letters later, Daniel is ready to meet the woman who got him through his last three tours of duty.

Three years and eighty-six letters later, plus size Kellie is nervous to meet the man who wrote his way into her heart. Could a sexy as sin soldier really want forever with a curvy Southern gal like her though? 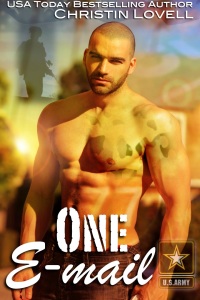 It started with one e-mail.

Madelyn Maxlyn sent one e-mail to the most feminine-sounding name on the list of soldier contacts her book club president managed to get. SFC Taylor Russell was the recipient.

They exchanged seventy-seven e-mails in five months, and somewhere among those seventy-seven, they stopped exchanging words and began sharing pieces of themselves.

Taylor is returning home from war, and it’s time that they meet and discover if a soldier with two years left on his contract with the army, and a plus size woman who has an entire life hundreds of miles away from his home, have a chance at a future together.

Love doesn’t care about obstacles and risks, but surviving them isn’t always easy. 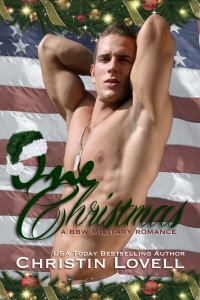 Sergeant Brad Wilcox’s fourth deployment in ten years is coming to an end. It’s time for him to decide his future. In truth, he knows what he wants; he wants Jane, but she’s sidestepped his every forward word.

With Jane’s daughter in her first year at college, and unable to make it home for Christmas, Sergeant Wilcox rolls the dice and shows up at her doorstep. Jane has carefully refuted his every flirtation via letter, but can she refuse the soldier face to face?

One thing is for certain: there will never be another Christmas like this one.

2 thoughts on “One Soldier Series”