Suren is the only plus size werewolf in a world that surrounds her with sleek, athletic shifters. Her pack has accepted her fuller figure, but she’s painfully aware of the stark differences in their physiques, not to mention her lack of a mate.

Maryk scented Suren the moment he breached the town’s borders. He sought out the pack alpha and fought till the death to own the right to be with his mate. Less than twenty-four hours later, she was already defying his rule as the new pack alpha. With his wolf in a frenzy to claim her, the sexy Dom may just have to teach her a lesson at the same time.

Can Suren get over her insecurities and embrace what fate has gifted her? Perhaps, but it may require a little discipline…

As a plus size woman in a world where size matters, Sara didn’t think she would find someone to love her full frame…

Until her new landlord stopped by.

Desi scented his mate for over a week before he went to her. It was unusual for a wolf to be mated to a human. But with one look at nature’s chosen one for him, he was in love.

If his mate won’t let go of her inhibitions though, this alpha will have to take control. Not that he minds…

Barrett grew up in a pack that never accepted him. His position as pack beta had no impact on their opinions of him either.

It took six months under the rule of a new alpha before he left it all behind and happened upon his mate.

Past the age most werewolves find a mate, Drew assumed he wouldn’t be granted one… until he scented Barrett.

But what do you do with a mate that refuses to accept his future with you because of his past? If you’re a dominant alpha like Drew, you force him to surrender it all to you.

Brendon knew Drea was his mate the first time he shifted. He’s fought his wolf’s desire to claim the plus size beauty and has refused to act on his attraction for twenty years.

But everyone has a breaking point.

Will Drea see that she belongs beside Brendon as his best friend and mate? Or will his secret destroy twenty years of friendship and his chance of claiming her? 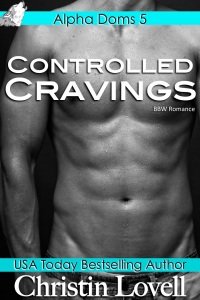 Callie has been working for Brusco Enterprises for two years, slowly falling in love with her boss, with the sexy, out-of-her-league alpha of the Sanduske werewolf pack. When her physical needs peak after lusting for so long, the tables abruptly turn.

Evan has been suffering in silence for two years, working with and living next door to his curvaceous human mate. He’d been fighting to do the noble thing and give her a choice, but when he uncovers the depth of Callie’s need, everything changes.

Laina is a plus size werewolf in a supernatural world of physical perfection. No one has accepted her for who she is, herself included. She’s an embarrassment to them all, which is why she refuses to mate.

Four years ago, Jayson took over his uncle’s pack and found his mate. Too bad she has rejected him at every turn. It’s only when Laina comes to him for help and he forces her to face the truth that his own revelations come.

Will this dominant alpha convince his mate to surrender to him? Possibly some cuffs and spankings will sway her… 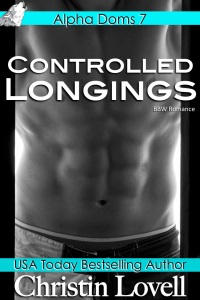 Bryan grew up in a strict, religious family. Sex before marriage was frowned upon. But then again, the rest of his family wasn’t a werewolf.

Michelle had been with Bryan for fourteen months, yet he hadn’t so much as hugged her plus size frame. Where is the line of respect drawn?

When Michelle threatens to walk away, Bryan must decide whether to follow his instincts and claim his mate or to remain true to a religion that isn’t always relative to the supernatural.

For seven long months, plus size Anna has suffered through hour-long treadmill sessions to watch one man: Jayce. There’s something about the sexy gym owner that calls to her.

Harboring a past full of pain, can Anna learn to let go of her inhibitions?

Jayce has been battling his instincts for seven months, fighting to keep his distance from his curvaceous mate. He has his own reasons and reservations.

But you can only evade fate for so long.

Will they decide the risk is worth the potential reward when they come together? 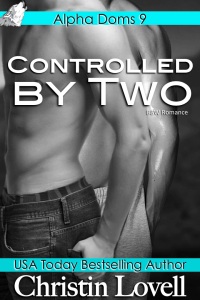 Sassy, plus size Callie is down on her luck, but not on love…if she will finally let the two men of her life in.

Jay and Eddie have lusted after their curvy mate since the day they met her in high school. What started out as a rivalry between the two quickly died under Callie’s resistance, forcing them to work together in their quest to possess all of the buxom beauty. Their days are tense, but their nights under the same roof as Callie are tenser.

Can Callie learn to let go of her two best friends in an effort to gain two soul mates? Can two alphas get past their possessive nature and learn to share on a permanent basis? Hold on to your seats because things are about to get heated.